Regardless of where you go, there is no other experience that shakes your roots like studying abroad. You understand that “normal” is defined by society – a constructed concept. Studying abroad lets you leave every aside disposition that you have ever  had and in the process you grow as a person.

In honor of my 6-month anniversary away from Madrid, I’ll talk a little about my first day – March 1st 2014 –

I walked around my neighborhood; finally, free of the social code of honor that prevented me from wearing shorts back in Cairo. Something inside me clicked – a refreshing burst of bright light.

I was not forced to ignore men’s stares because men didn’t seem to be staring. No one seemed to care or even notice that the inseam of my shorts was almost nonexistent. The sub-culture of sexual harassment had suddenly vanished from my world.

I spotted a woman wearing a black neqab with a long black dress – only her piercing dark eyes showing. For a moment, I felt like I was offending her conservative attire and so I smiled at her, expecting to be ignored – but she waved at me. Feeling a bit lost, I was inclined to ask her for directions. I learned she was a Jordanian mother who had just moved to Madrid with her family. She showed me around the city that day and we even took a picture together!

All day, I lingered over one question: why are my short shorts not making her think less of me? From where we’re from girl’s aren’t suppose to be wearing what I’m wearing! Why is my gender suddenly transcending my culture?

The situation with the woman in the Neqab, refutes the connection between both and instead proves that the symbiotic relationship between gender and culture only manifests itself within specific geographic boundaries. Had the same women seen an Egyptian girl wear my same shorts back in Egypt; would she had been so friendly? I don’t think so.

The longer I lived in Spain the more the gender-based double standard in Cairo bugged me.

Back in Cairo – unless I want my car to turn into a pumpkin, I need to be home when the clock strikes 12. My brother, on the other hand, could stay out for as long as he liked.

When living alone, my parameters shifted from curfew to new issues (laundry, cooking etc.)– but I soon learned that all my Spanish girl friends who still lived with their parents did not have curfews, just like their male siblings. Girls in Spain are given the same privilege as boys to stay out late.

No matter how late I returned home, 5AM or even after, my owl of a porter never gave me disapproving looks – in contrast to my Bawab who would seem upset by my “misbehavior”.

For Egyptian girls, hardly any other subject is as fraught with prohibition as much as sex. I always felt the need to appear more conservative in my attitudes then my guy friends; yet my Spanish girl friend’s did not seem to share my pressure. Sex was part of the college environment in Spain; discussed in class and the cafeteria by both girls and boys alike – in fact there were times I felt the girls were being more sexually overt than the guys.

Living in Spain has expanded my definition of gender – I was not judged on what I wore, what time went home or what I said based on the fact I’m a girl. For that reason I was never ready to back home. When I did return home, it was like adjusting to a way of life that I had never known. 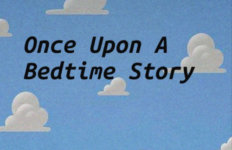 Once Upon All Bedtime Stories→ 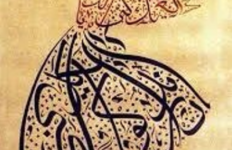 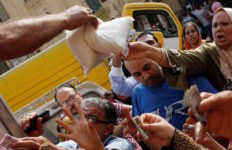 Cairo’s Sugar Industry Moves to the Dark Side→ 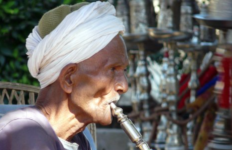 The Ugly Side of Fatalism→